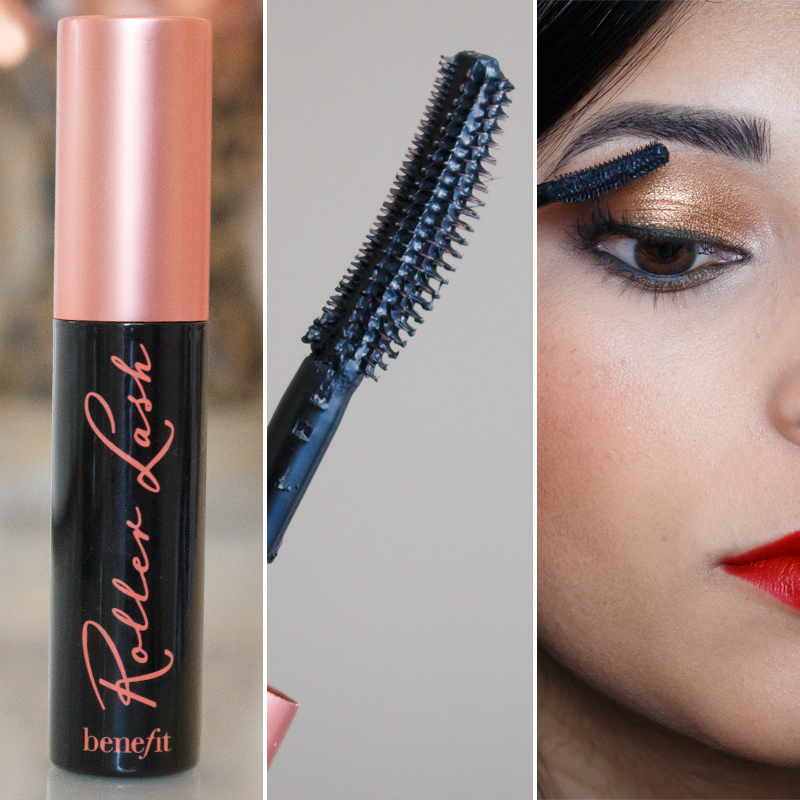 If you’re a regular reader of my blog, you may already know that my all-time favourite mascara is the Benefit They’re Real Mascara – I’ve repurchased it several times and, despite it not being perfect, it’s the closest to perfection I’ve ever found in a mascara. So when a pretty little parcel from Benefit landed on my doorstep with a sample of the latest addition to their mascara range, I was very keen to give it a try. 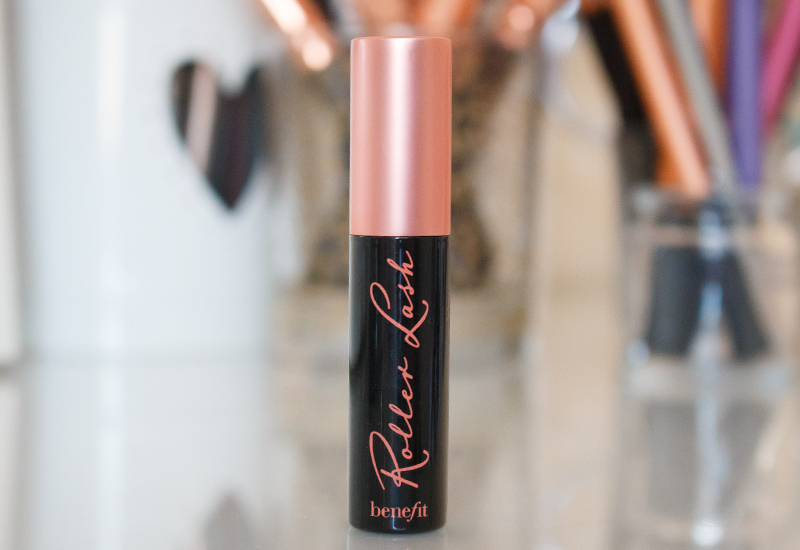 The Benefit Roller Lash Mascara comes in the cutest pink & black packaging, and it has a plastic brush with an innovative hook design that catches, lifts & curls lashes at the same time. Roller Lash focuses on claiming to hold a curl for 12 hours, whilst simultaneously lifting and separating your lashes. Benefit very cleverly focused on solving a specific problem, albeit lash curling, instead of branding its new mascara as a do-it-all, which is a title already rightfully attributed to the Benefit They’re Real Mascara. 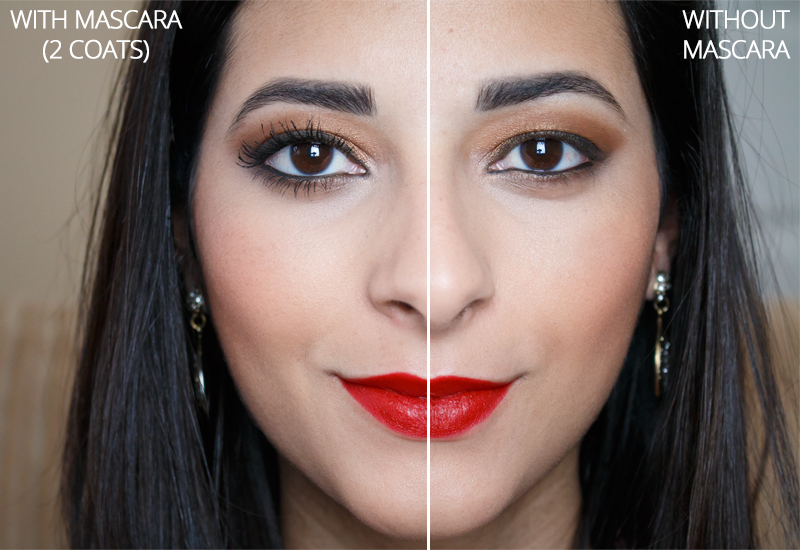 But that is not to say that the Roller Lash Mascara doesn’t also give your lashes volume and length like its predecessor. In all honesty, I’ve found the Roller Lash mascara to be only ever so slightly less volumising and lengthening than They’re Real, but it’s also much easier to remove than its friendly neighbour because it’s only water-resistant. On the other hand, They’re Real is more long-wearing, as it is waterproof, but it flakes a lot more and it doesn’t hold a curl as well as Roller Lash. 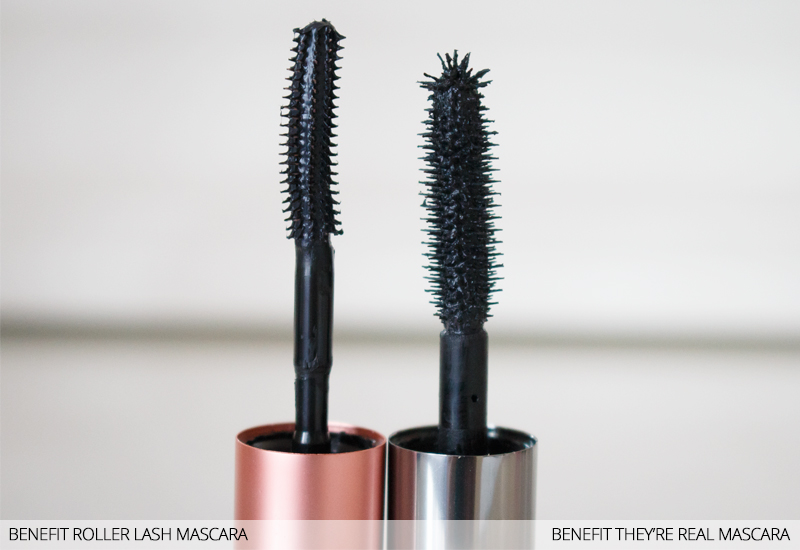 In my opinion, instead of being in direct competition, they both complement each other very well. So if you want the best possible looking lashes, try applying Roller Lash first to get that curl to hold nicely, then go over with They’re Real to add a lot of length, volume and longevity to your lashes – that’s what I call the ultimate lash combination! I wouldn’t necessarily do that for everyday use, just because removing the whole concoction would be a nightmare, but maybe for special occasions when I want really dramatic lashes.

If I had to choose only one of them, I would choose the Benefit They’re Real Mascara, simply because it is waterproof and it gives me more volume. However, I would not be disappointed if I was told I would have to take the Benefit Roller Lash Mascara to a desert island with me because it is a great mascara and I have no real quibbles with it. Price-wise, they both retail at £19.50 ($23), which is quite a lot more expensive than drugstore mascaras, but I think they’re worth the money. 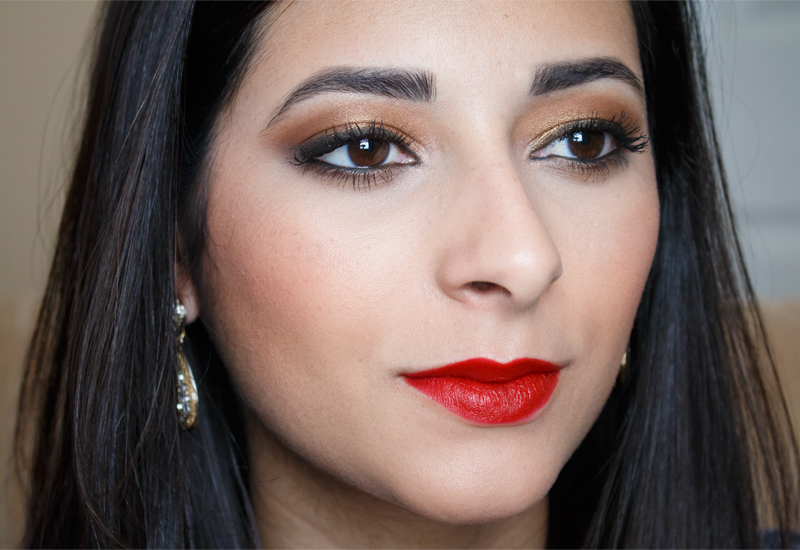 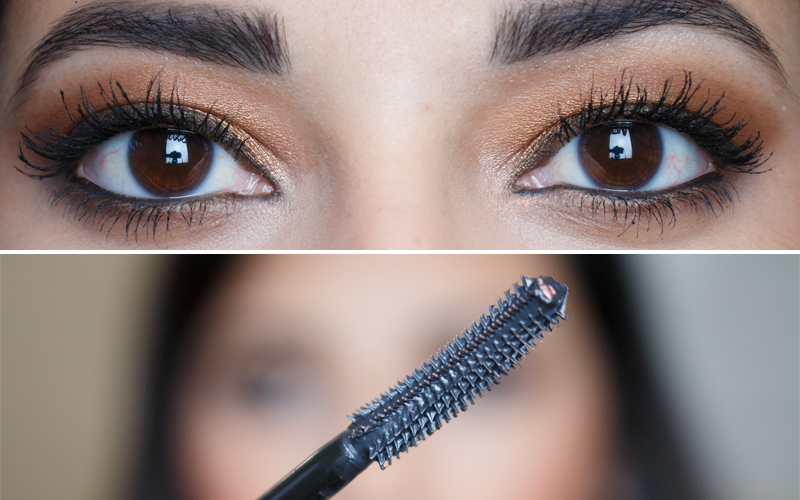 I’ve also done a video and blog post on my Top 5 Mascaras not very long ago, so if you’re interested in seeing what are some of my other favourite mascaras, that’s worth a read. Obviously, if I were writing that post today I would have included the Benefit Roller Lash Mascara there without a shadow of a doubt! :)

Have you tried Benefit Roller Lash Mascara? What do you think of Benefit mascaras in general?